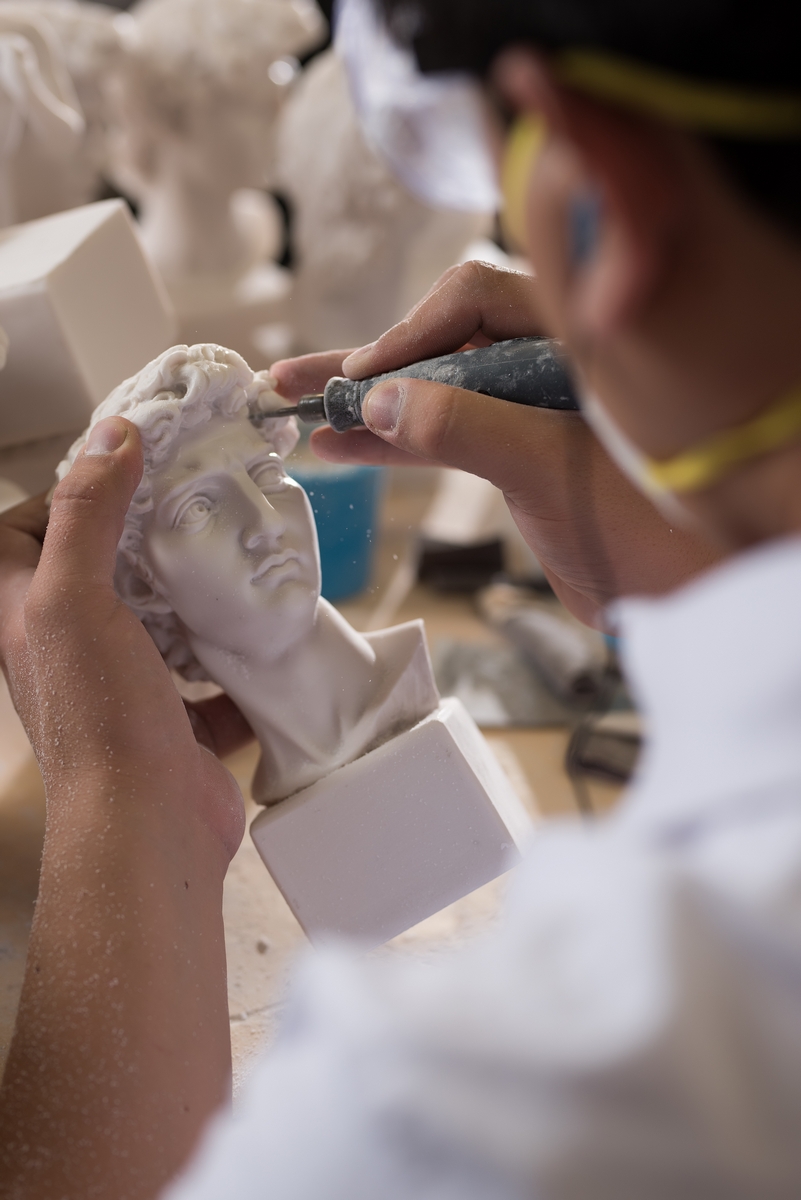 22 Jul 7 Most Expensive Sculptures Ever Sold at an Auction

Posted at 01:06h in Media by SbSadmin

No matter what color paint you use or what furniture you have inside your home or room, nothing can replace the elegance and class of a sculpture.

Sure, many people go for the addition of a lovely painting or designer photo frames on the walls or tables. But there’s one thing that always stands out from the rest. Yes, we’re talking about sculptures.

Why Do People Collect Sculptures for Decoration?

When it comes to collecting art, there are several reasons behind this. While some people aim for one-off sculptures and paintings to be exclusive, some buy art just to bring a formal touch to their place.

Often people are seen buying exclusive sculptures and paintings for their financial gain. Many people use these collections for the decoration of their lavish homes, and later, they donate these to museums to save on taxes.

But whenever asked the question “why do you buy art?” the most common answer is “we felt something when we saw the sculpture.” Many people buy these pieces for the emotions they felt and the meaning behind these sculptures and paintings.

Some just simply want to support the upcoming artists to help them gain a name in society. Let’s take a look at the 7 most expensive sculptures ever sold at auctions worldwide.

Commissioned in 1951 by the Art Council for the Festival of Britain, the Reclining Figure was an interesting piece made by Henry Moore. The sculpture was designed in a tubular form that gave the abstract representation of a reclining female.

It was reported that the sculpture was sold for a price of $33.1 million at the 250th-anniversary auction of Christie’s in 2016. It was a part of a collection of five pieces.

Representing a bouquet of tulips made out of polished stainless steel in different colors, this sculpture is a part of the ‘Celebration’ series of Jeff Koons. The sculpture is a representation of mass-produced items available at various events.

In 2012, hotelier Steve Wynn bought the sculpture for $33.7 million and it sits outside Petit Palais in Paris, France. In the first look, the sculpture displays a sense of weightlessness which is different from how heavy it really is.

Alberto Giacometti is a Swiss sculptor who is known for his human figures and is an important figure of the 20th century and the art world. He is known for creating some of the most moving and expensive sculptures ever made.

Grande Tete Mince is among those expensive sculptures with a selling price of $53.3 million in 2010. The figure portrays a face of anticipation, with parted lips as if it is about to speak. It is a part of a limited edition of 6 pieces.

This sculpture is the only sculpture that was auctioned off and did not have an artist name. Discovered in Baghdad, Iraq, this sculpture is said to be 5000 years old. It is made up of magnesite and crystalline limestone.

The sculpture represents the body of an extremely muscular woman with the head of a lioness. In 2007, Sotheby’s conducted the auction for this sculpture and it sold for $57.2 million. It was marked as “one of the last known masterworks from the dawn of civilization” by them.

Jeff Koons is known for his gigantic recreations of daily objects and he set a record with the Balloon Dog in 2013. This giant dog is a part of a six dogs collection made out of giant polished stainless steel in different colors.

The second most expensive sculpture ever sold in the history of art is by Alberto Giacometti. His association with bronze sculptures and attention to detail made him one of the most successful artists of the 20th century.

L’Homme Qui Marche or The Walking Man 1 is an example of his genius imagination. This sculpture was brought by Brazilian socialite and philanthropist Lily Safra in 2010 for a whopping price tag of $104.3 million. The statue was also used for the design of 100 Swiss Franc banknotes.

We end our list with another record-breaking Alberto Giacometti sculpture. L’Homme au Doigt or the Pointing Man is the most expensive sculpture ever sold till date. It sold for a staggering amount of $141.3 million in 2015.

This sculpture was made in 1947 and people considered it as the “most iconic sculpture” by the Swiss artist. The bronze statue stands tall at 5 feet and 10 inches and it was the only sculpture that was hand-painted by Giacometti. Alberto’s goal was to make his sculpture bigger and bigger with more details.

The list mentioned here is self explanatory of how expensive it can be to collect sculptures and how collection is not for everyone. However, our team of artisans at Statues.com can help you out by turning your vision into a reality.
Choose from marble, stone, or bronze and get a custom statue commissioned for your beautiful home or office.