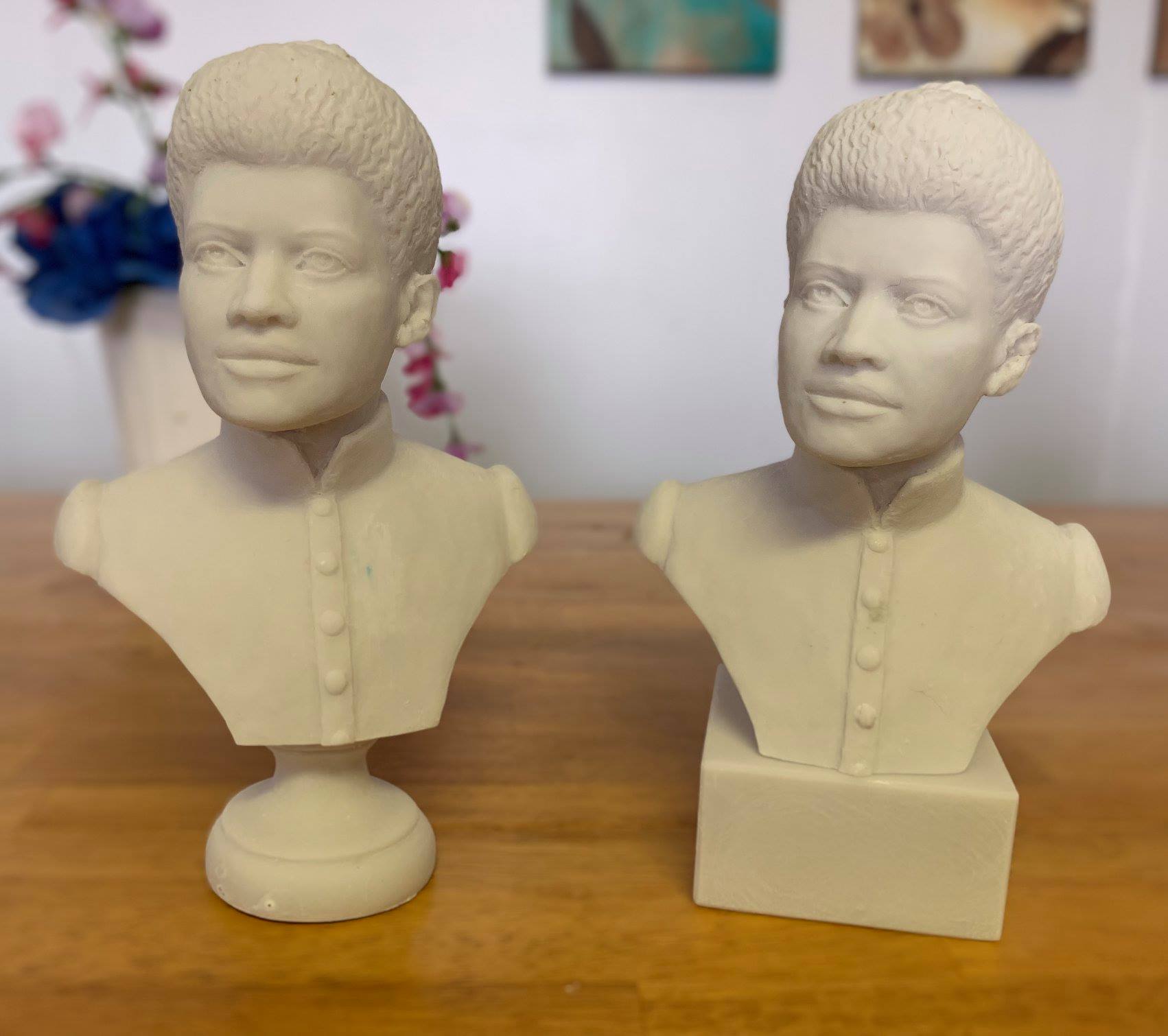 Ida B. Wells is an African American civil rights advocate, journalist, and feminist. She is an American Hero.  Wells was born enslaved in Holly Springs, Mississippi in 1862. She was the oldest daughter of James and Lizzie Wells. During Reconstruction, her parents were active in the Republican Party. Mr. Wells was involved with the Freedman’s Aid Society and helped start Rust College. Rust is a historically black liberal arts college. It is affiliated with the United Methodist Church and was one of 10 Historic Black Colleges and Universities founded before 1869 that are still operating.

Wells attended Rust College to receive her early education but was forced to drop out. At 16, Wells lost both parents and one of her siblings in a yellow fever outbreak. She convinced a nearby school administrator that she was 18, and landed a job as a teacher to take care of her siblings.

In 1882, Wells moved with her sisters to Memphis, Tennessee to live with their aunt. Her brothers found work as carpentry apprentices, and for a time Wells continued her education at Fisk University in Nashville. While on a train ride from Memphis to Nashville in May 1884, Wells reached a turning point. She had bought a first-class ticket, but the train crew forced her to move to the car for African Americans. Wells refused on principle, before being forcibly removed from the train. As she was being removed, she bit one of the crew members. Wells sued the railroad and won a $500 settlement in a circuit case court. The decision was overturned by the Tennessee Supreme Court.

Following this incident, Wells began writing about issues of race and politics in the South. Using the name «Iola», Wells had a number of her articles published in black newspapers and periodicals. She later became an owner of two newspapers: The Memphis Free Speech and Headlight and Free Speech. In addition to working as a journalist and publisher, Wells worked as a teacher in a segregated public school in Memphis. She was a vocal critic of the condition of segregated schools in the city and was fired from her job in 1891 because of her criticism.

In 1892, Wells turned her attention to anti-lynching after a friend and two of his business associates were murdered. Tom Moss, Calvin McDowell, and Will Stewart started a grocery store, which drew customers away from a white-owned store in the neighborhood. The white store owner and his supporters clashed with Moss, McDowell, and Stewart on multiple occasions. One night they had to guard their store against an attack and ended up shooting several of the white men. They were arrested, and taken to jail. Unfortunately, they did not have a chance to defend themselves. A lynch mob took them from their cells and murdered them. Wells wrote articles decrying the lynching and risked her own life traveling the south to gather information on other lynchings. One of her editorials pushed some of the city’s whites over the edge. A mob stormed her newspaper office and destroyed all of her equipment. Wells was in New York at the time of the incident, which likely saved her life. She stayed in the North after her life was threatened and wrote an in-depth report on lynching in America for the New York Age. This was a newspaper run by T. Thomas Fortune, a former slave.

She brought her anti-lynching campaign to the White House in 1898 and called for President McKinley to make reforms.

In 1895, Wells married Ferdinand Barnett, with whom she had four children. Despite being married, Wells was one of the first American women to keep her maiden name.

In 1896, Wells formed several civil rights organizations, including the National Association of Colored Women. After brutal attacks on the African American community in Springfield, Illinois in 1908, Wells took action. In 1909, she attended a conference for an organization that would later become the National Association for the Advancement of Colored People (NAACP). Though she is considered a founder of the NAACP, Wells cut ties with the organization because she felt that in its infancy it lacked action-based initiatives.

Wells was an active fighter for woman suffrage, particularly for Black women. On January 30, 1913, Wells founded the Alpha Suffrage Club in Chicago. The club organized women in the city to elect candidates who would best serve the Black community. As president of the club, Wells was invited to march in the 1913 Suffrage Parade in Washington, DC along with dozens of other club members. Organizers, afraid of offending Southern white suffragists, asked women of color to march at the back of the parade. Wells refused and stood on the parade sidelines until the Chicago contingent of white women passed, at which point she joined the march. The rest of the Suffrage Club contingent marched at the back of the parade. Work done by Wells and the Alpha Suffrage Club played a crucial role in the victory of woman suffrage in Illinois on June 25, 1913, with the passage of the Illinois Equal Suffrage Act.

Wells died of kidney disease on March 25, 1931, in Chicago. She leaves behind a legacy of social and political activism.

In 2020, Ida B. Wells was awarded a Pulitzer Prize «for her outstanding and courageous reporting on the horrific and vicious violence against African Americans during the era of lynching.»

Ida B. Wells is associated with the Ida B. Wells-Barnett House. It is located at 3624 S. Martin Luther King Dr. in Chicago– it is a private residence and not open to the public. It was listed as a National Historic Landmark on May 30, 1974.

Purchase your Bust of Ida B. Wells today! 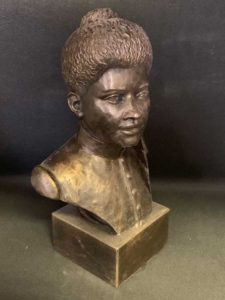 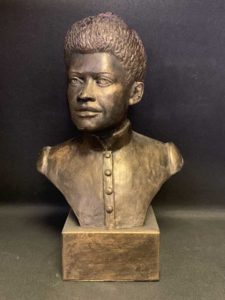 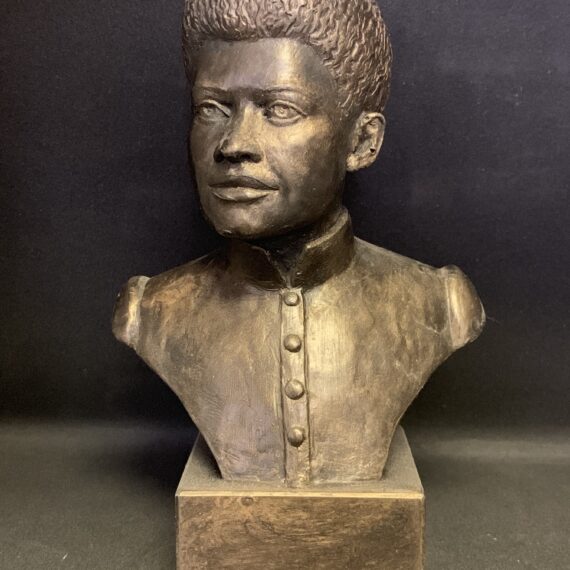