Posted at 13:46h in Media by Vasilios Karpos 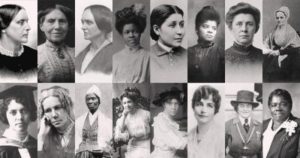 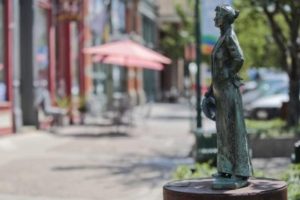 One Utah company is leading the charge to publicly honor historic women through sculpted statues.

Victoria Karpos, co-owner and founder of MarbleCast Products Inc. and its online storefront, Statues.com, said in the 40 years the company has been operating, they’ve noticed a gap in sculptures in the gift market, on public display and through commissioned works.

“There’s a gender gap. The female gender is missing in public art,” Karpos said. “Of the statues out there, we have angels and women from mythology, but not real women. That history is really lacking.”

The Smithsonian American Art Museum’s Art Inventories Catalog has estimated that out of 5,200 public statues in the United States, less than 400 are of women, and even less of those 400 are depictions of real women.

Karpos is kicking off a campaign Aug. 2 to create 20 gift-sized 7-inch sculptural busts of trailblazing women in American history by 2020 — women whose courageous voices and actions paved the road to equality and social change in the 19th and early 20th centuries. This release is timed to honor the 100th anniversary of women’s right to vote.

The 20 statues will include Lucretia Mott, Carrie Chapman Catt and Elizabeth Cady Stanton, as well as Mary Church Terrell, Mary McCleod Bethune and Nannie Helen Burroughs, and will be similar to others of historical men the company features at the Smithsonian, national parks and other museum gift shops across the country.

Karpos hopes the series will filter into the education industry, the gift store market, and even straight to consumers who want something significant for their daughters. She believes sculpture has the power to start conversations because “when there is something solid, you can see it and touch it and feel.”

“There’s a conversation really going on right now, with the #MeToo and #TimesUp movements, and the Women’s March. We thought now is a great time to make sure that momentum doesn’t stop,” Karpos said. “Given today’s social and political climate, we’re proud to a lead a modern-day initiative to recognize the immense contributions of women through American history, which we hope will also serve to inspire and provide newfound opportunity for the rising generation.”

Karpos and her Statues.com team will launch a Kickstarter campaign to help get these statues into production during their “Where are the Women? Shaping Women’s History Through Sculpture” event from 6:30 to 8 p.m. Aug. 2 at the Impact Hub in Salt Lake City. Finished statues of Susan B. Anthony and Juliette Gordon Low will be on display and artists will be sculpting the Ida B. Wells and Alice Paul statues at the event.

Additionally, a panel of experts will address female visibility both past and present at the event. To attend the event, visit Eventbrite and search for “Where are the Women?” to sign up. More information about the project and Kickstarter is available at https://www.wherearethewomen.us.

Karissa Neely reports on Business and North County events, and can be reached at 801-344-2537 or kneely@heraldextra.com. Follow her on Twitter: @DHKarissaNeely