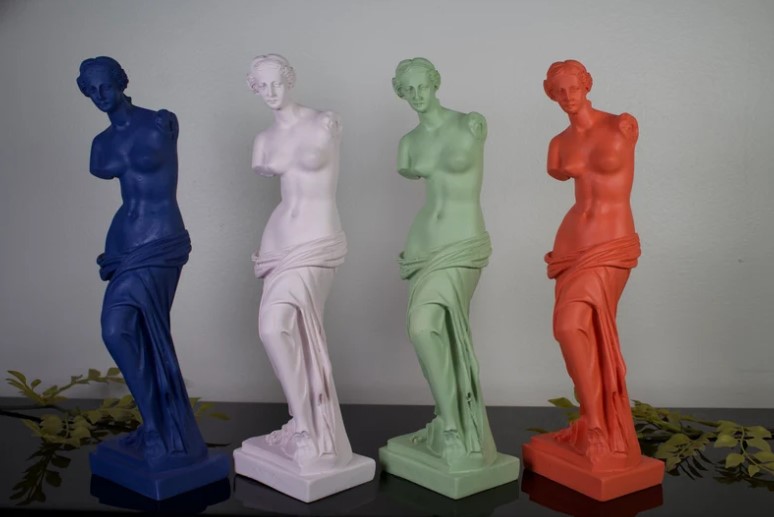 Posted at 10:43h in Ancient Statues by SbSadmin

Sculptures have been around since prehistoric times as a way to represent ideas, beliefs, and emotions. They have been used to tell stories, to commemorate events, and to create works of art. Throughout the centuries, sculptures have taken many forms, from reliefs to figurines to full-size statues. One of the most famous eras for sculpture is the Classical era, which is known for its towering, lifelike statues and its influence on artistic styles to come. In this article, we will explore some of the most famous sculptures from this period and the stories behind them.

The Venus de Milo is one of the most iconic sculptures of the Classical era. This marble sculpture was created in Greece during the late 2nd century BC, and is believed to depict the Greek goddess Aphrodite. The Venus de Milo is a symbol of beauty and grace, and is renowned for its balanced proportions, as well as its graceful pose.

The Discobolus of Myron is a bronze sculpture that was created in the 5th century BC by the Greek sculptor Myron. The Discobolus depicts a discus thrower in the midst of throwing the discus, and is renowned for its lifelike portrayal of the athlete. The Discobolus is a symbol of athleticism, and is an iconic work of Classical era sculpture.

The Classical era is marked by the emergence of realistic and lifelike sculptures. During this period, sculptors were able to create detailed works of art with a variety of materials, including marble, bronze, and terracotta. Here are some of the most common types of statues from the Classical era:

The Classical era is known for its lifelike sculptures and its influence on later artistic styles. From small figurines to towering statues, these works of art have captivated audiences for centuries. From the iconic Discobolus of Myron to the graceful Venus de Milo, these sculptures are a testament to the skill and creativity of the artists of the Classical era.