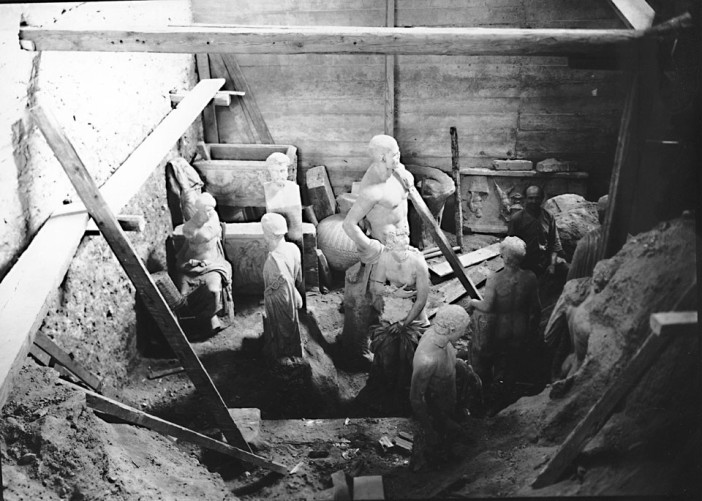 Posted at 13:10h in Media by Vasilios Karpos 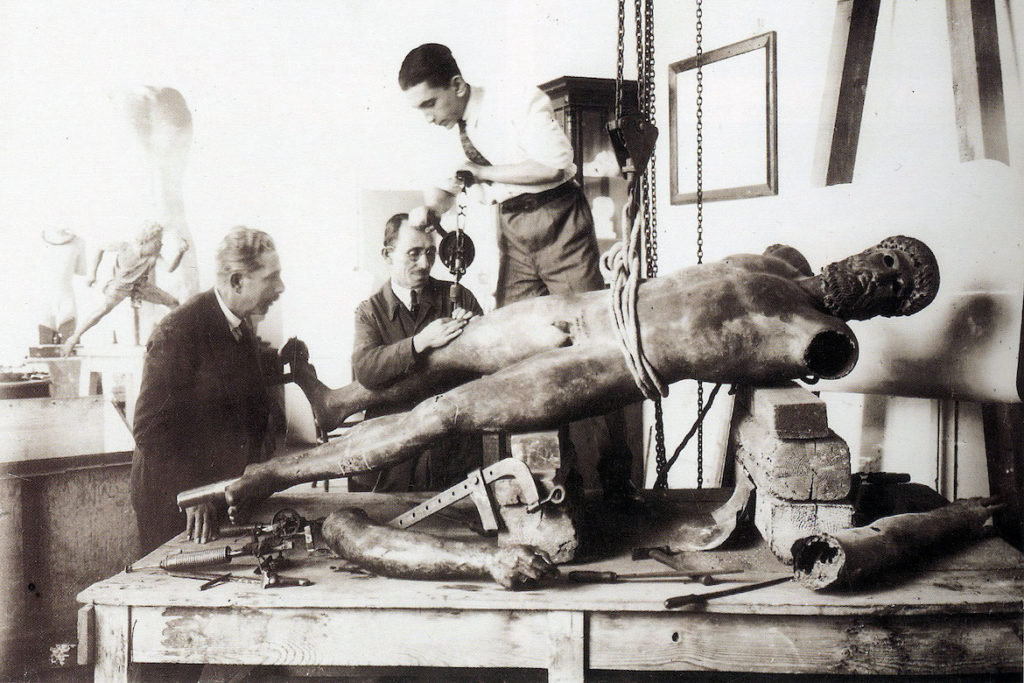 On Sunday, April 27, 1941, German troops entered and occupied the city of Athens after facing strong Greek resistance in the north.

The following morning, on April 28, Nazi officers entered the National Archaeological Museum to survey its treasures and determine what would be confiscated and moved to Germany.

But the building was empty.

Curators and archaeologists at the museum had seen the writing on the wall. Six months before the first Nazi soldier would set foot in Athens, they hatched a plan to protect and preserve thousands of treasures from Greece’s glorious ancient past.

Following the country’s war declaration in October 1940, the Greek Ministry of Culture’s archaeology department reacted instantly and issued a letter to all museums with instructions on how to protect antiquities from air raids and other acts of war.

Instructions included two ways to protect bulky treasures: the first method was to cover the statue or item with sandbags after protecting it with wooden scaffolding and the second method, which was deemed more effective, was to bury the statues in the ground. 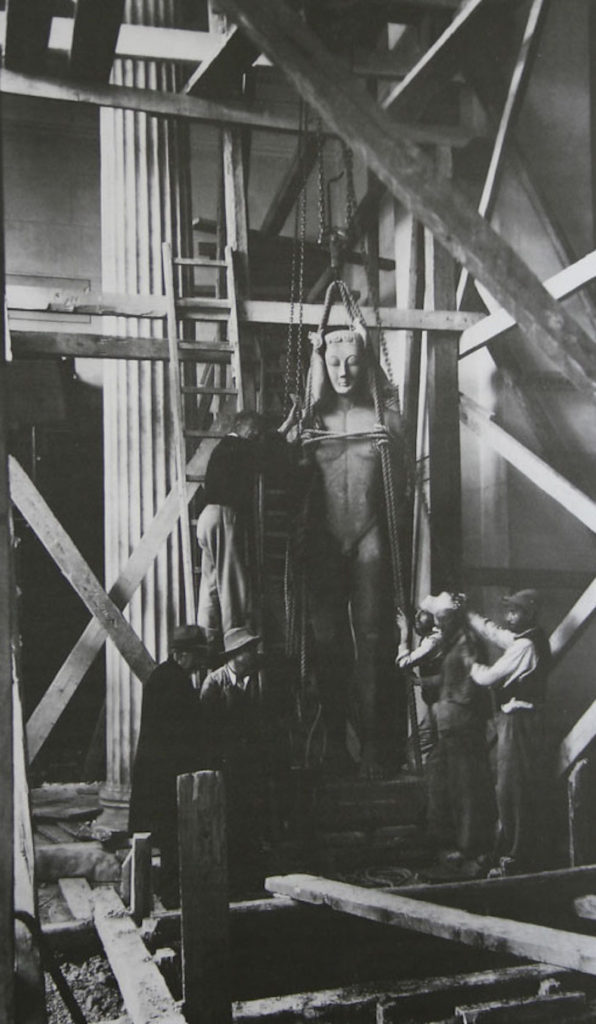 After the National Archaeological Museum organized its committee, the monumental operation to hide thousands of objects was underway

“Really early in the morning, even before the moon had set, the people who had undertaken this job would gather at the museum and they would leave for home really late at night,” Semni Karouzou, a curator at the time, wrote in museum archives. 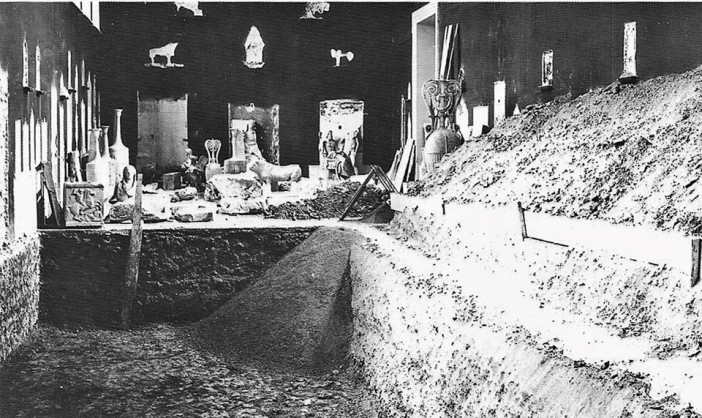 Massive trenches were dug in the basement of the museum, often extending under streets and avenues that surrounded the vicinity of the building on Bouboulinas Street in central Athens. Above, meanwhile, city life went on in the bustling capital.

“The storing of the statues would take place according to the size and importance of each one. The bulkiest among them would be lined up standing in deep ditches that had been dug in the floors of the north halls of the museum, whose foundations happened to lay on softer underground,” Karouzou wrote.

She added that museum technicians used improvised wooden cranes to lower the statues into ditches “reminiscent of mass graves.” 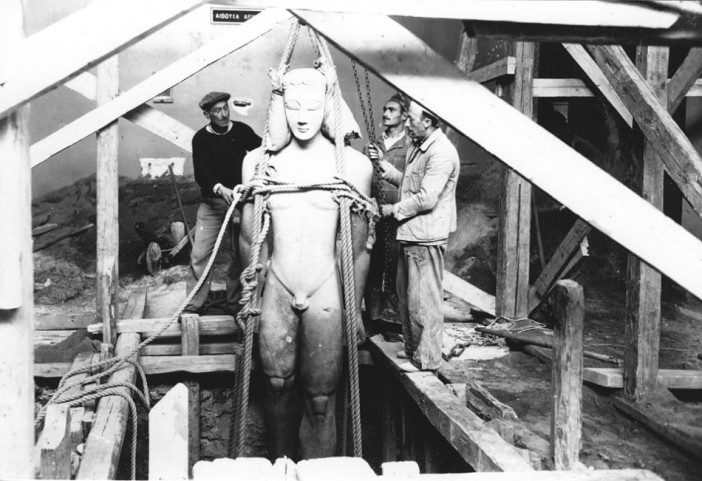 Museum technicians and staff painstakingly filled the underground trenches one by one with extreme care. Once the antiquities were placed in the concrete-fortified trenches, they were topped with sand and eventually filled with dirt for further concealment and protection. 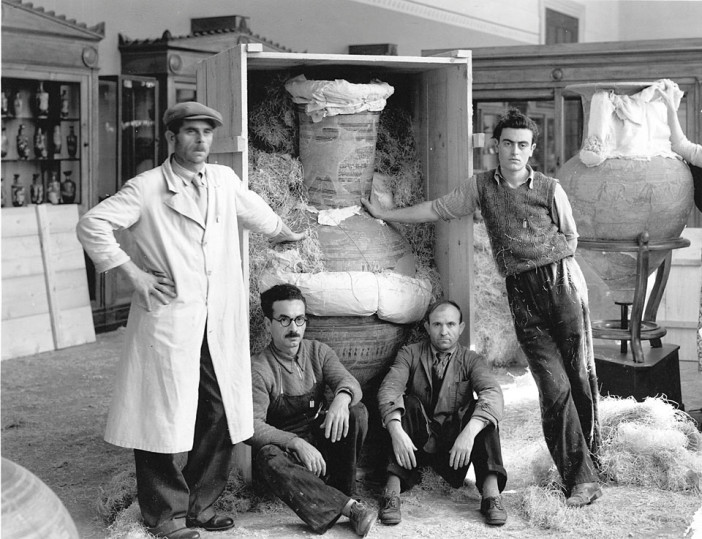 While the hiding operation was taking place, museum registrars were completing the meticulous process of cataloguing each and every item. This cataloguing included the items’ location in the ground and method of preservation. The registrars needed to record as many details as possible for those who would one day uncover the treasures.

The crates of antiquity registration were handed over to the general treasurer of the Bank of Greece for safe keeping. Along with the records, wooden crates filled with the golden objects and famous treasures from Mycenae were delivered to the headquarters, as they were considered to be the most priceless treasures of all.

It was the final act of a six-month operation that had succeeded in saving the immeasurable treasures of the largest museum in the country — 10 days before the first Nazi soldier would arrive.

When Nazi officers arrived at the museum on the morning of Monday, April 28th, it was a surreal image.

The entire museum had been stripped of all its content. There were naked walls and empty showcases and not a single trace of an antiquity in sight. One by one, museum staff reported in a line up to receive their new conquerors.

The German officer sent to occupy the building asked persistently where the treasures were and the staff sat motionless and speechless, preserving the secret operation to hide the treasures. 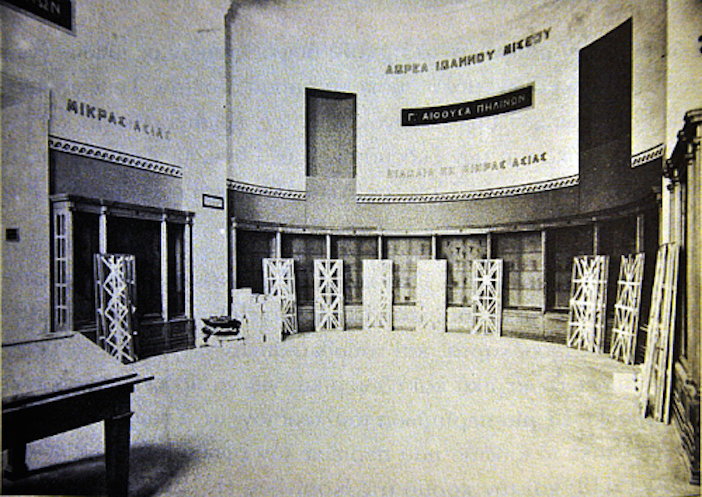 Not a single treasure was ever found from the massive collection of the National Archaeological Museum of Athens and the secret location of the antiquities was never revealed.

The efforts of the museum’s curators and archaeologists preserved for generations to come important statues like the Kouros and other timeless Greek antiquities. These antiquities were eventually dug up and put back on display years after the liberation of Athens in 1944.

All photographs from the archives of the National Archaeological Museum of Athens.